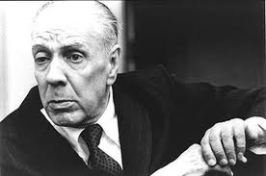 In ‘Funes the Memorious’ Jorge Luis Borges (1899-1986) wrote about Ireneo Funes whose memory was prodigious. Funes had been ‘chronometrical’, (that is he was able to know the exact time without the aid of a clock) before an accident  in which he was thrown by a half-tamed horse and paralysed. After the accident he became Funes the Memorious. Funes’ feats included knowing ‘by heart the forms of the southern clouds at dawn on 30 April 1882’ and being able to ‘compare them in his memory with the mottled streaks on a book in Spanish binding he had only seen once and with the outlines of the foam raised by an oar in the Rio Negro the night before the Quebracho uprising’. Borges goes on ‘In fact, Funes remembered not only every leaf of every tree of every wood, but also the times he had perceived or imagined it’. Because of his hypermnesia, Funes ‘was incapable of ideas of a general Platonic sort. Not only was it difficult for him to comprehend that the generic symbol dog embraced so many unlike individuals of diverse size and form; it bothered him that the dog at three fourteen (seen from the side) should have the same name as the dog at three fifteen (seen from the front)’.

Borges in his usual playful manner is in this story exploring the extent to which memory aids or obstructs our capacity to think, to create categories, to understand underlying and organizing principles within our perceptual world. What would a life be like, if memory was as prodigious as Funes’? Would there be a need to classify objects in the world? The clutter of excessive detail, the inexhaustible capacity for remembering, would of course, in this argument that Borges is examining, render higher level reasoning problematic, to say the least. Once we are unable to remember every object as unique the requirement to classify and to attribute class membership to new objects develops. Now, I am interested in this line of reasoning because it demonstrates the place of memory in abstraction, in theory formation, in the business of beliefs, of expectations, of speculation, approximation, and model making.

Memory allows us to manipulate the objective world in the abstract, in the absence of the objective world. I can conjure up my memory of a beautiful woman, adorn her ears with glittering jewelry if I so choose, make her give me an enchanting smile, and so on. This freedom to redefine the world, to categorize it, to predict it, to approximate it by modeling it in mind is the basis of much that helps us to survive the world we live in.

There are a number of real life cases of hypermnesia but Funes was a fictional case. Borges, in this story, was borrowing from the method of psychopathology. He was using an aberrant  or pathological experience to understand the nature of cognition, even in the absence of definable neurological lesions.  Borges was working from first principles.

One thought on “Funes the Memorious”