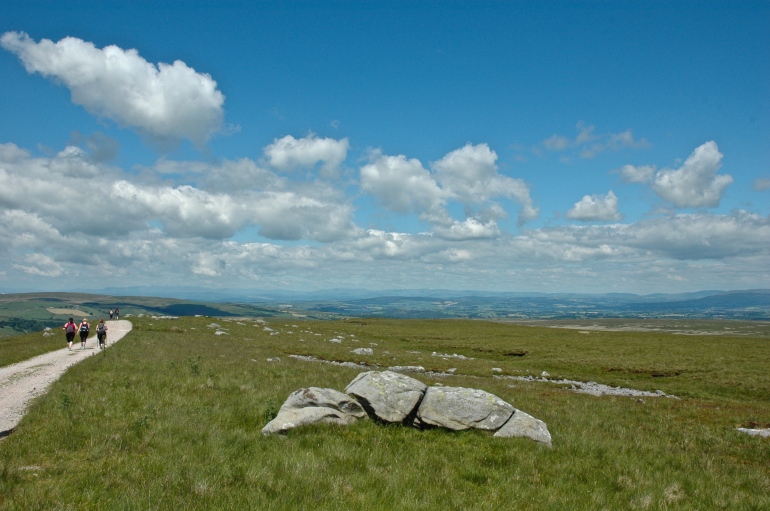 Jan and I completed the Pendle Witches Walk this past Saturday, all 23 miles of it, in 10 hours! Phew! It was a bright, dry midsummer’s day with a light breeze. We started in Lancaster and first drove by coach to Laidburn where the actual walk started ending at Lancaster Castle, retracing the steps of the Pendle witches across hills and fields, meadows with buttercups in profusion, and skylarks singing in the background. There were sheep and cattle in the fields and 6 of the ten tercets inscribed in posts.  All this, in aid of Stepping Stones, a charity working to assist children accused of witchcraft in Nigeria. It was Jan’s birthday too and her choice for how to spend the day was completing this feat. And, we managed it despite not being the youngest in the group, not being spring chickens. 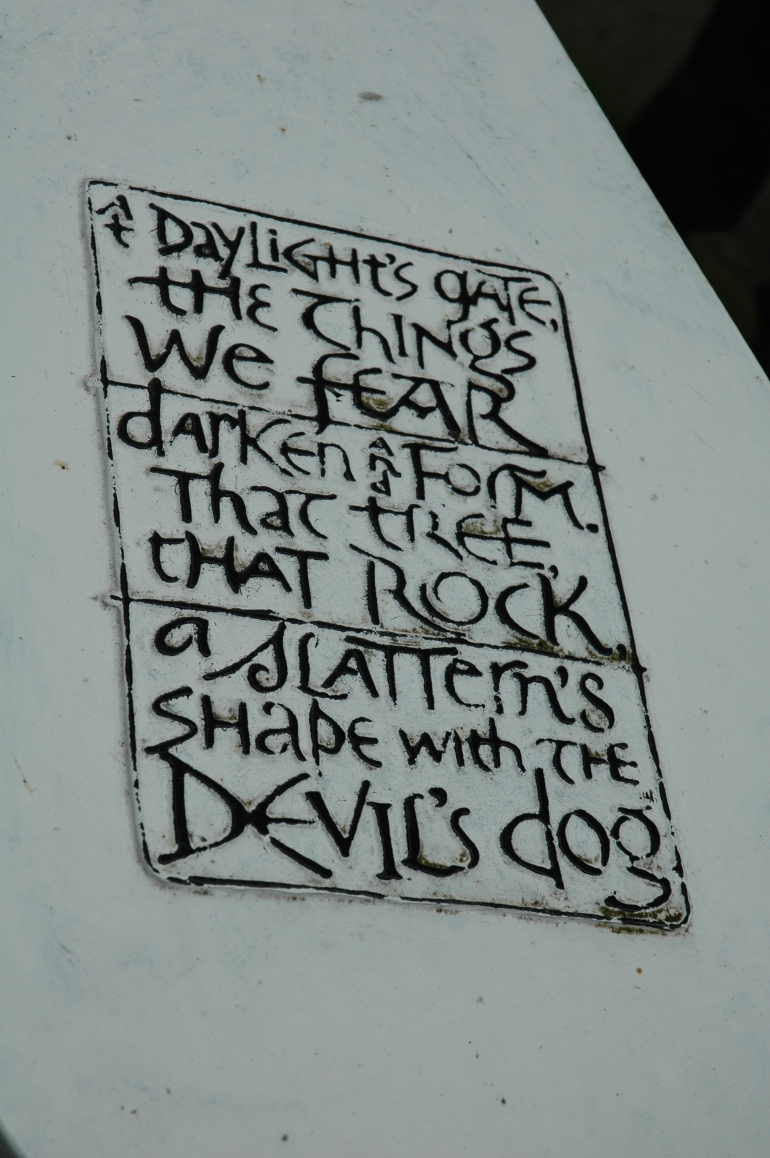 Witchcraft. Well, that’s a thing of the past, of the Dark Ages, isn’t it?. But, no, it is current, it is happening as we speak and sadly it affects mostly children and often vulnerable elderly people too.

The trial of the Pendle witches in August 1612 and their execution by hanging, the execution of the ten found guilty is itself a story worth telling. Briefly, a young woman, Alizon Device encountered a peddler and asked him for pins. It is unclear whether she was begging for these or asking to buy them. Anyhow he was reluctant to sell. Pins were recognized in the 17th century as requisite instruments of witchcraft: in healing warts, making love potions and for divination. Soon after the encounter, John Law the peddler stumbled and fell, most probably suffering a stroke. As the Yorubas say ‘Aje ke loni omo ku lola, tani o mo pe aje to ke lana lo pa omo je’ The witch cried today and the child dies tomorrow, who is it who does not know that it is the witch who cried yesterday that killed the child? In Alizon Device’s case she too firmly believed in her own powers and confessed to witchcraft and asked for forgiveness. That was the start of the Pendle Witches’ trial.

Alizon Device’s grandmother mother Elizabeth Southerne (aka Demdike) was a well known witch. Alizon, Demdike, Elizabeth Device (Alizon’s mother), & Alizon’s brother James were summoned before Roger Nowell JP in March 1612. Alizon confessed that she had sold her soul to the Devil. Her brother, James confirmed that Alizon had also confessed to bewitching a local child. Elizabeth Device only admitted that her mother, Demdike, had a mark on her body that could only have been left by the Devil when he sucked her blood. When Alizon was questioned about Anne Whittle (aka Chattox) she accused Chattox of murdering 4 men by witchcraft and of killing Alizon’s father because he had failed to pay protection money to Chattox! So was the scene set for the trial at Lancaster Castle. 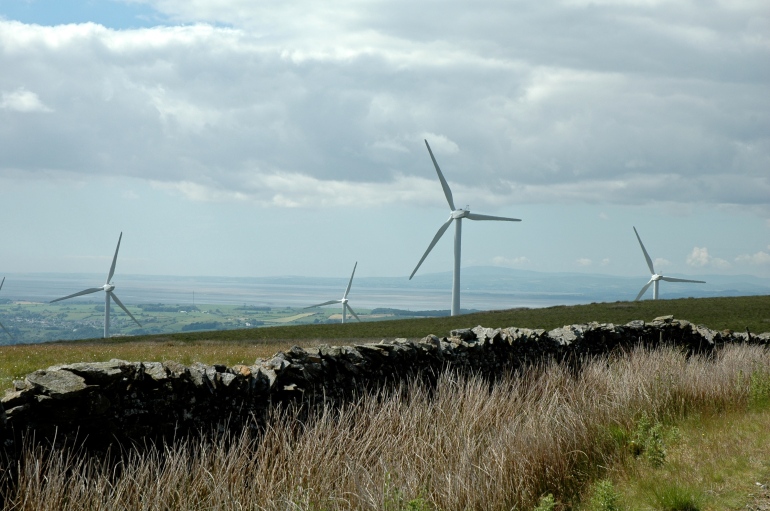 The accusations and counter accusations that flowed between the two prominent families involved in witchcraft, Demdike and Chattox’s families, eventually led to committal and trial under Sir James Altham & Sir Edward Bromley.

In Nigeria, it is estimated that approximately 15,000 children, principally in Akwa Ibom and Cross River have been branded (stigmatized) as witches and end up abandoned by their families and become street children. This, in Africa where children are regarded as the jewels in the families. CNN reported in August 2010 about a 5-year old boy Godwin whose mother had died. The pastor of the local evangelical church accused the boy of witchcraft, claiming that the boy was responsible for his own mother’s death. Absolutely ridiculous claim, monstrous actually, but yet peddled to an ignorant laity.

The pecuniary aspects of these accusations are not inconsiderable. Pastors charge a fee of between $ 300-2000 for spiritual deliverance. Very convenient, indeed.

When you’re up in the hills above Lancaster and you look across at the landscape as far as the eye can see, Beacon’s Fell, Parlick, Pendle Hill, and all the wonderful hills with names such as Fair Snape Fell, Brown Wardle Hill and so on, what you think of is not witchcraft, not superstition, not the tragedy of seeking untruth because of incomprehensible and dismal outcomes, definitely not projecting fear and darkness unto little children. But, there we have it, fear is ever ready seeking a focus, an easy target to settle on if only to assuage that amorphous anxiety that is terrifying to acknowledge, death anxiety.

The role of the Church, The Roman Catholic Church in the Inquisition underlines the role of organized religion in giving breath to primitive impulses and structuring the archaic beliefs associated with these impulses partly to more consolidate ecclesiastical power. Innocent VIII (not very innocent) in 1484 in his papal bull Summis desiderantes affectibus instigated severe measures against magicians and witches. Natural disasters such as freezing weather, failing crops and mass starvation were blamed on witches. Heinrich Kramer and Jacobus Sprengler systematized the persecution of so-called witches. The Malleus Maleficarum published in 1486 blamed bad weather on witchcraft, for example. Kramer wrote “all witchcraft comes from carnal lust which is in women insatiable”. It is not surprising, then, that most of the accused in the Pendle Witches trial were women; very obviously their insatiable lust was at the root of their witchcraft!

In Akwa Ibom, Nigeria, Helen Ukpabio of the ironically named Liberty Gospel Church in a peculiar self-aggrandizing statement said “Witches and wizards, they started getting afraid. I never gave them rest!” Well, it is easy to see why the vulnerable and weak, mere children would be afraid of her, their persecutor, whose self-importance and incorrigible but false beliefs puts their lives at risk. For Upkabio, it is not a case of ‘suffer the little children…’. It is the fixity of her beliefs, the inability to admit error or to respond rationally to counter argument that reveals the true nature of her crude beliefs, namely that like others like her, she is a wildly deluded individual, and that is if one is being generous spirited.

The Pendle Witches Trial is an example of the victims and the persecutors too, all being in the grip of ignorance. This was well before the Age of Reason. But, in 21st century Nigeria…