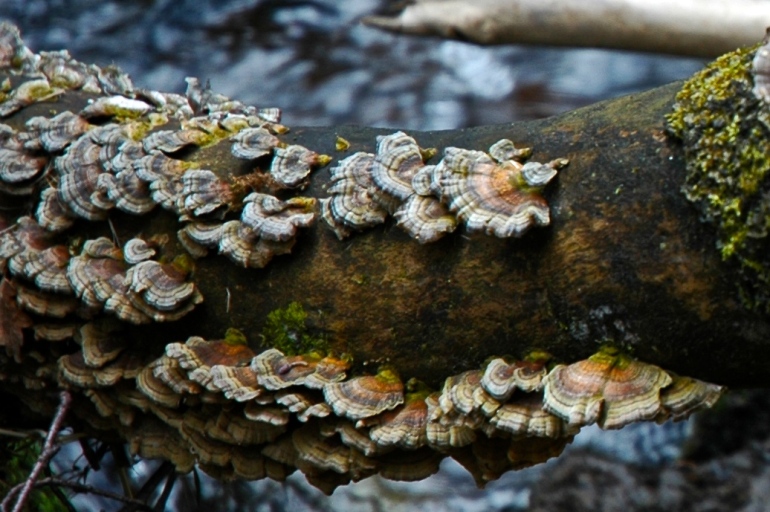 Sophocles’ Oedipus The King starts with lamentation. The priest cries

A blight is on the fruitful plants of the earth,

A blight is on the cattle in the fields,

a blight is on our women that no children

are born to them; a God that carries fire,

a deadly pestilence, is on our town,

strikes us and spares not, and the house of Cadmus

is emptied of its people while black Death

grows rich in groaning and in lamentation.

This proclamation signals the urge to seek the social origin of this pestilence, the social pollution that is at the root of an extraordinary catastrophe. Well, in the modern world, we no longer seek social causes for natural disasters. There is no quest for the moral within the domain of the natural and scientific. We seek instead an understanding of the phenomenon, a scientific explanation so that next time we may better defend ourselves against the terror of nature’s havoc.

No doubt, in West Africa today, Ebola is such havoc. Nature has run amok, striking at will, and indiscriminately, without regard to social position, gender or age, killing, not silently like poisonous gas but wildly like distemper armed with a many headed axe in the market place. Stricken bodies, bloodied and streaming with the juices that mediate life but usually unseen in the bowels or vessels, lie fallen on the ground. This is the face of the new pestilence that is both judge and avenger against the claims of innocence. 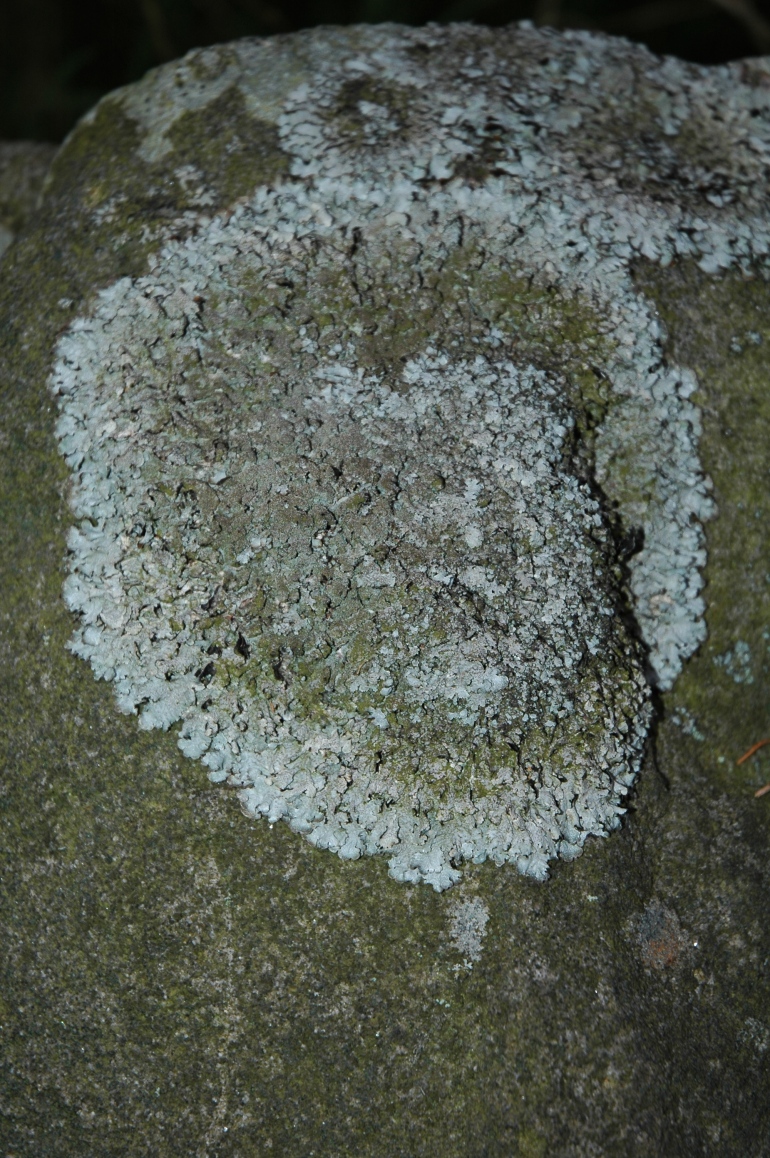 To understand this pestilence, the human too tragic effects, we must look to Camus’ novel The Plague. Published in 1947, when Camus was only 34 years of age. He had served with honour and courage in the French underground and survived World War II and the occupation of France by Nazi Germany. The novel was a detailed examination of the nature of pestilence, the startling and horrifying effects of it on a population, and the potential for human growth in the face of monumental loss. Camus explored the call to duty, the character of heroism, the place of love in human affairs, and how memory modifies understanding, transforming the past and transmuting the present too.

Ebola in Lagos and then Port Harcourt can now be described because it has already happened and is now memory. Ebola in Freetown, in Monrovia cannot yet be described for it is alive, multiplying, plural in its broadside and barrage on innocence and geniality. Ebola was brought into Lagos by Patrick Sawyer, a man who travelled from Monrovia by plane and arrived in Lagos on 20 July 2014. That is itself both a story of hubris and of heroism. It is reported that prior to travelling to Lagos he had been caring for his sister who died from Ebola. He became ill, vomiting on the plane and was quarantined on arrival in Lagos. Reports suggest that despite being ill he insisted on attending a meeting of finance ministers and had to be forcibly restrained from leaving the quarantine arrangement. Here was an individual whose own personal standing seemed to him to be everything in comparison to the health and well being of the many. A metaphor for how politics and power operates in West Africa. He knew he was ill. He knew he had had contact with another person afflicted with Ebola, yet he insisted on travelling and putting every one else on a plane at risk and 160 million others too. 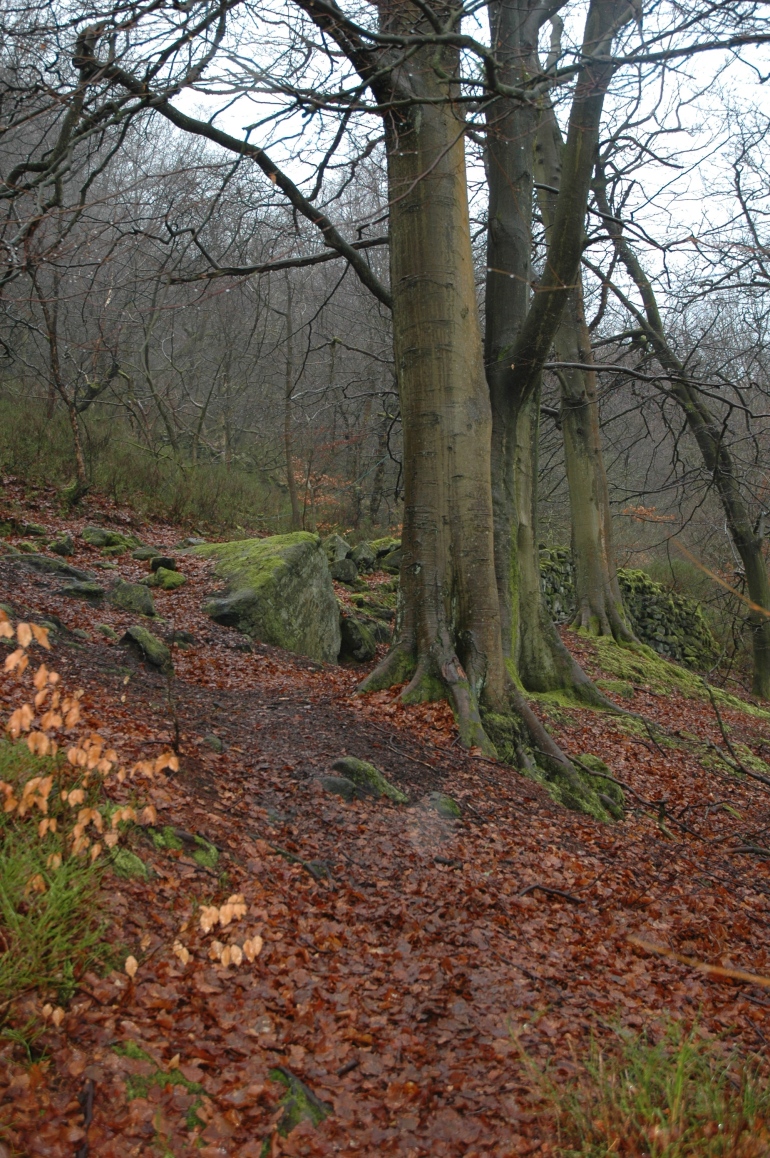 Then there was the singular act of heroism by a doctor, Stella Adadevoh, an endocrinologist whose quick thinking and rapid action saved a nation. She physically held down Patrick Sawyer, thereby exposing herself to the full assault of a virus, virulent and in furor. What is duty? What is heroism? Camus’ answer was “The thing was to do your job as it should be done”. Or perhaps even more pertinent

So does every ill that flesh is heir to. What’s true of all the evils of the world is true of plague as well. It helps men to rise above themselves. All the same, when you see the misery it brings, you’d need to be a madman, or a coward, or stone blind, to give in tamely to the plague.

There is the heroism of the singular act of demonstrable courage and then there is the commonplace, un-heroic heroism, the insignificant and obscure, modest goodness of doing what’s right, what’s necessary, what is dangerous without seeking adulation and definitely without counting the cost.

The Adadevoh family had already served the Nigerian nation well. Her great-grandfather Herbert Macaulay was a nationalist and pioneer of Nigerian nationalism and her father was a senior physician, a biochemist and university administrator. 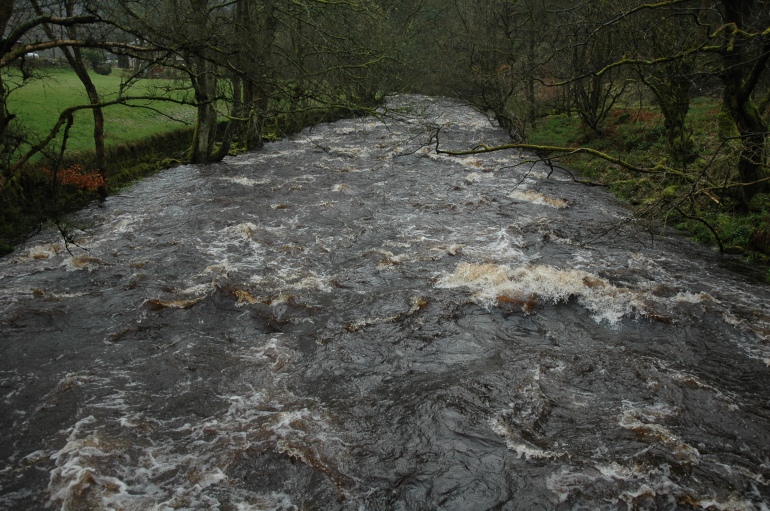 Then there’s the travelling from Lagos to Port Harcourt to seek private care in a hotel, not a hospital! of an individual who had escaped surveillance but was a primary contact of Patrick Sawyer. And, there’s the avid greed of a doctor seeking payment over safety, agreeing to provide to care to the one man, not the care and concern of the many. That is another story of how the communal has fractured in the desire for personal gain.

And, is there also not another story asking to be delivered: a corpse brought across several countries from Monrovia for burial across the Niger in the East of Nigeria? What custom demands is also what death borrows for horse. Luckily this time, this corpse, turned out not have been a purveyor of further death. Phew!

“Everyone knows that pestilences have a way of recurring in the world; yet somehow we find it hard to believe in ones that crash down on our heads from a blue sky. There have been as many plagues as wars in history; yet always plagues and wars take people by surprise […] A pestilence isn’t a thing made to man’s measure; therefore we tell ourselves that pestilence is a mere bogey of the mind, a bad dream that will pass away. But it doesn’t always pass away and, from one bad dream to another, it is men who pass away”.

Camus’s The Plague is a metaphor for the Nazi occupation of France. The pestilence was the loss of freedom, the exile from the natural commerce of human life, conversation, love, travel, and justice. Quarantine stood for the concentration camps and Cottard, one of the characters for collaborators, those who benefit from the sorrow of others. Dr Rieux, our narrator, in  doing what’s morally right in the Kantian sense stood for duty, the quiet determination to do what’s right because it’s logical to act correctly. 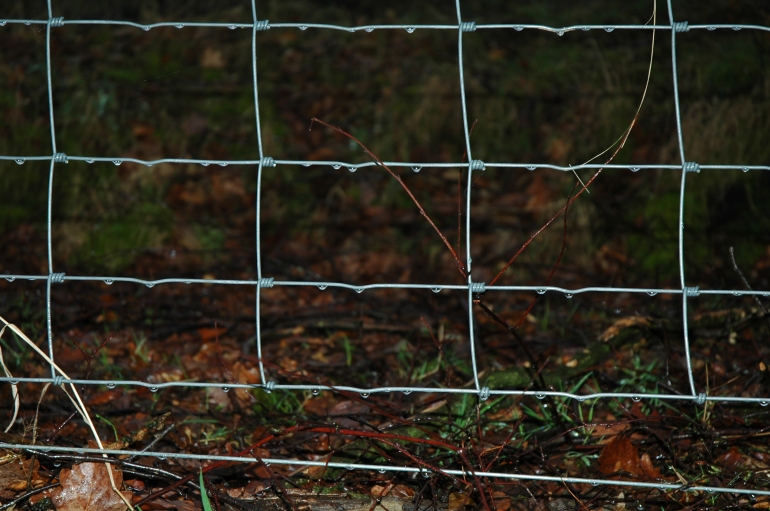 The pestilence of Ebola has exposed the fragility, the frailty and dysfunction of the healthcare systems in West Africa. To imagine that the Nigerian Medical Association did not immediately call off its strike when it became clear that Ebola, a virus that threatened the life and existence of a nation, had arrived on its shores speaks loudly to the absence of ethical values in the fabric of society. But, that the government chose that precise moment to summarily dismiss all its trainee doctors is tribute to the idiocy and incompetence of government. The infrastructure and resources are pitiful. There is no sign whatever in the aftermath of Ebola in Nigeria that the government has understood its lucky escape from disaster. There are already hints of self-congratulation. A pity! 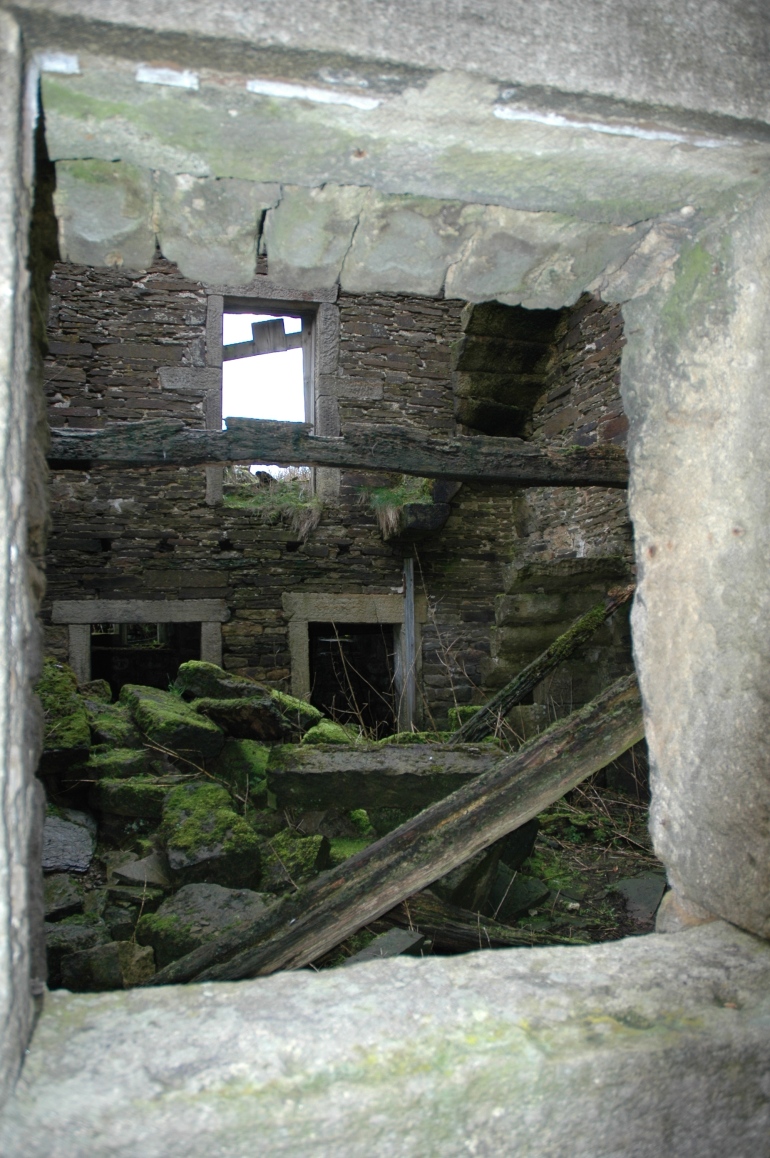 The triumph is rightly that of the dedication of a small group of people whose sense of responsibility and determination to act correctly saved a nation. The history of their methods is still to be written. The use of culture appropriate messages, the attention to detail, and the unflagging drive to rid a nation of 160 million of disease that is the most dangerous on the planet at present, all deserving of admiration.

Liberia, Sierra Leone, Guinea are still under the pall of this most pestilential of diseases. 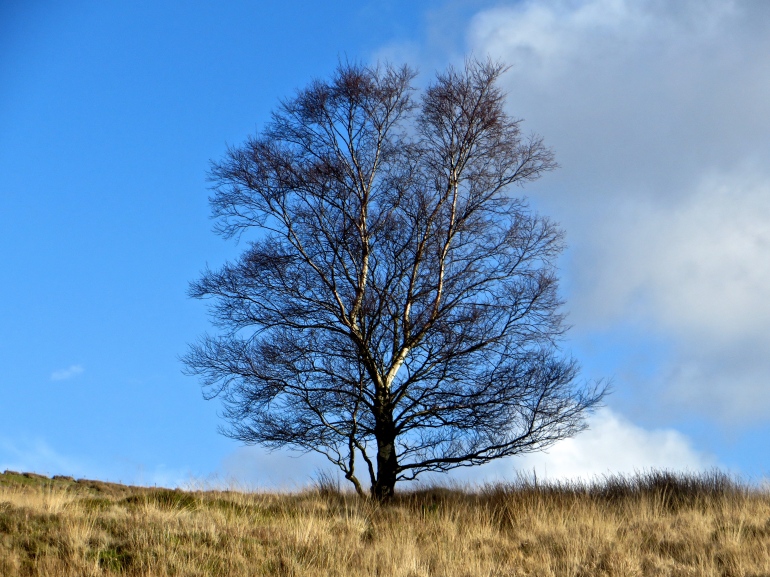