The winter solstice has been and gone. Nightfall starts practically mid-afternoon and it is still night well into what would normally count as morning. Even after all these years, my body, my immigrant’s body, that is, still finds this shortening of the day and the reciprocal lengthening of the night disconcerting, if not just short of shocking. The morning alarm goes, yet all I want to do is to crawl further down under the bedclothes, to curl up into the shape of a prawn or a millipede under a stone. The colour too, of the misplaced night time isn’t black, it is grey, or the shade of my hair, a sort of wiry tarnished silver.

This morning, a relentless rain dampened the atmosphere and turned what was already dreary into something gloomy even foreboding. The kind of morning I witnessed once in Oslo, a barely lit morning that lasted all day except for the briefest interlude when a smeary, discoloured sun failed to quite make up its mind to come out. To tell the truth it was an afternoon well spent visiting Henrik Ibsen’s house and walking round his sitting room and imagining what it was like when he lived there and surprising the young female attendants with my interest in his plays. Once they heard that I was thinking of writing something about him, they perked up and delirious with enthusiasm, enveloped me in their peculiar warmth and welcome.

I am reliving my visits to Norway and Iceland because I am re-reading the Icelandic sagas at present. My more recent preoccupation has been with the idea of poet-warriors. I had always thought of poets as introspective, rather impractical people, but alas no, given the records of Egil Skallagrimsson and Gunnlaug Serpent Tongue. Gunnlaug, Serpent Tongue’s story is best told through his love for Helga the Fair and her love for him.

Helga the Fair was Egil Skallagrimson’s granddaughter. She was Thorstein’s daughter and her mother was Jofrid. Her grandfather, Egil, was a famous Icelandic poet-warrior whose saga is regarded as a masterpiece. It is said that he had very distinctive features,

It is said of Helga the Fair that

She was so beautiful that learned men say that she was the most beautiful woman there [had] ever been in Iceland. She had such long hair that it could cover her completely, and it was radiant as beaten gold. It was thought that there was no equal to Helga the Fair throughout Borgafjord or in places further afield.

Her story is both tragic and sorrowful. She was betrothed to Gunnlaug but this love and match was never consummated, rather she lived to see him and her husband Hrafn die in a duel. She later remarried and died of her broken heart. The misery of her life was predicted and the attempts to avoid the tragedy failed.

The omens were certainly ruinous before Helga’s birth. Thorstein, her father dreamt that he saw

A fine beautiful swan up on the roof ridge. I thought that I owned her, and that I was very pleased with her. Then I saw a huge eagle fly down from the mountains. He flew towards Borg and perched next to the swan and chattered to her happily. She seemed to be well pleased with that. Then I noticed that the eagle had black eyes and claws of iron; he seemed like a gallant fellow. Next, I saw another bird fly from the south. He flew here to Borg, settled on the house next to the swan and tried to court. It was a huge eagle too. As soon as the second eagle arrived, the first one seemed to become rather ruffled, and they fought fiercely for a long time, and I saw that they were both bleeding. The fight ended with each of them falling off the roof ridge, one on each side. They were both dead. The swan remained sitting there, grief stricken and dejected. 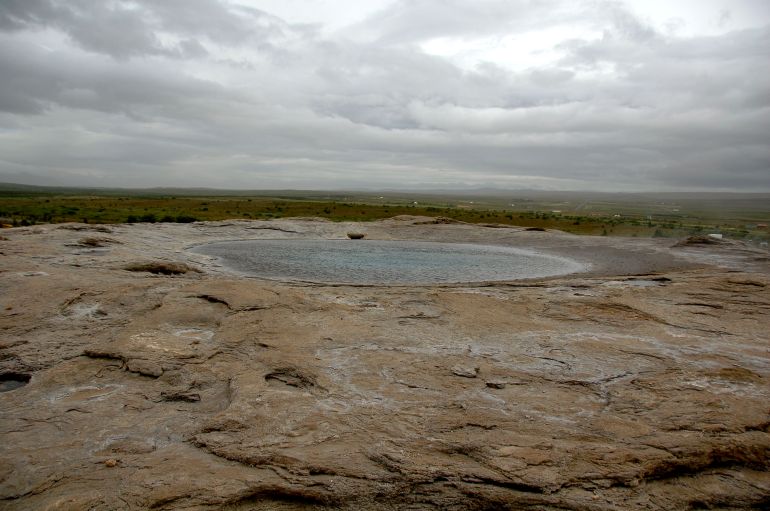 This dream was interpreted as a prophecy of the birth of a beautiful girl who would be strongly loved by two men and that this love would result in their deaths. The birds were interpreted as ‘fetches’ of noble spirits. As a result of this prediction, when her father left for his travels, he instructed his pregnant wife to expose the child If it turned out to be a girl. However, when she was born, Helga’s mother did not have the heart to expose the child and sent her away to be brought up by her aunt, Thorgerd. So, here we have another example, just like that of Oedipus, where Fate outmanoeuvred the desire of humans to prevent a particular future and fatal outcome. It is a recurring theme in origin myths as it also crops up in the myth of the birth of Romulus and Remus. There’s a thesis to be written about the exposure of newly born infants to the elements in order to kill them. In mythology, we only hear of those whose deaths were averted but the manifold cases where they died are unreported.

When Helga was 6 years old she returned to live at home having been rediscovered and accepted by her father. And then her Fate took over the direction and flow of her life. She met Gunnlaug when they were both about twelve years old and became close. Helga was promised but not betrothed to Gunnlaug when they were both 18 years old on condition that Gunnlaug returned within three years from his travels to claim her. In the event matters kept him away and she was married to Hrafn, Gunnlaug’s rival, instead.

When Gunnlaug was informed that Helga had been married off to Hrafn, he spoke the following poem

Though the east wind has toyed

with the shore-ski this week

I weigh that but little-

the weather is weaker now.

I fear more being felt

to fall short of Hrafn in courage

than living on to become

And, in the end he did not grow old into ‘a grey-haired gold-breaker’ but rather died young. 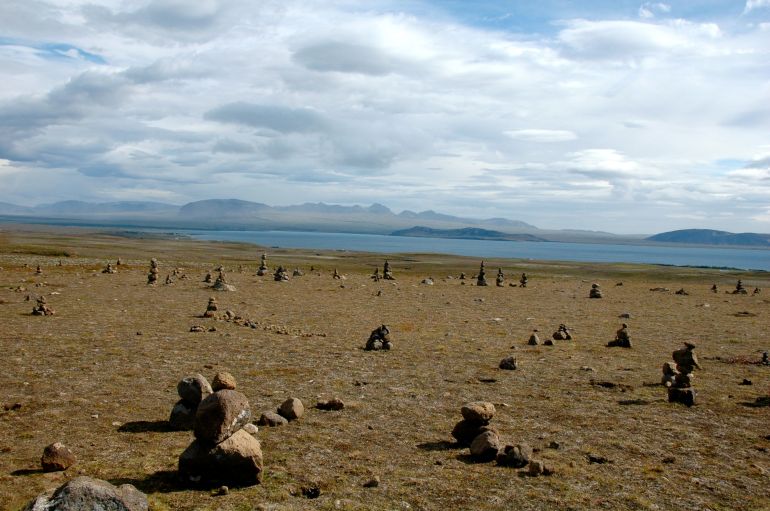 In remarking about Helga, her beauty, and his love for her, Gunnlaug spoke the following poem

mustn’t court the cape of the earth

For when I was a lad,

I played on the headlands

of the forearm’s fire

The wonder of the ‘headlands of the forearm’s fire’ is only really apparent to someone in love; how the tips of the fingers and the hands of the loved one become sacred and full of the possibility of possessing the whole body. And the ‘playing’ is both playing and caressing at the same time!

And, when Gunnlaug met Helga on his return, he spoke this poem

For Serpent-tongue no full day

under mountain’s hall was easy

since Helga the Fair

took the name of Hrafn’s wife.

But her father, white-faced

took no heed of my tongue.

-the goddess was married for money.

god of the quick-flying weapon

it’s not fitting for us to fight

there are many such women,

you will rest assured of that.

I set my wave-steed to sail.

Gunnlaug’s response was “There may well be a lot of women, but it doesn’t look that way to me”. They were set for a duel. Reading Hrafn’s lines, his descriptions of Gunnlaug as “God of the quick-flying weapon’ and ‘slaughter-tree’ both terms of respect for Gunnlaug’s standing as a warrior tell us not just that he held Gunnlaug in high regard but that he thought little of his own wife for he referred to her as ‘one fair tunic-goddess’, one among many. 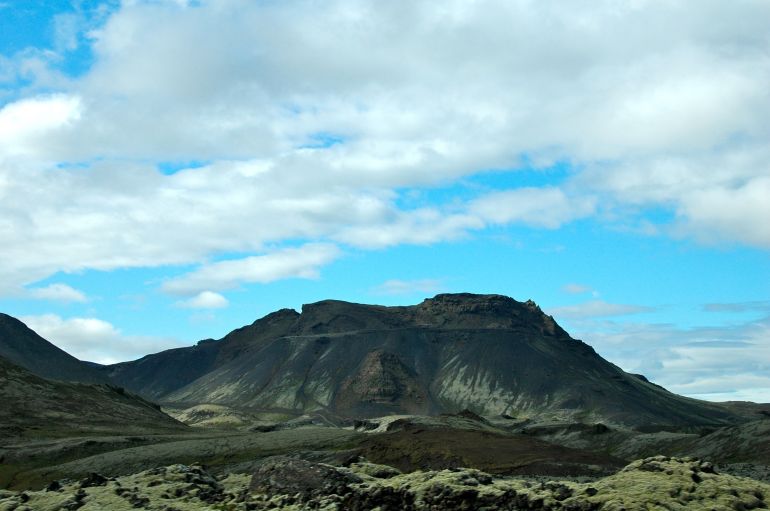 This duel between Gunnlaug and Hrafn was the last duel in Iceland before duels were banned.

Before the start of the duel, Gunnlaug said

I’m ready to tread the isle

where combat is tried

a drawn sword in my hand;

into two I’ll slice the hair-seat

finally, with my bright sword,

I’ll unscrew his head from his neck.

which poet will rejoice-

the edge fit to bite leg.

Both single and a widow,

from the Thing the thorn-tray will hear

tales of her man’s bravery.

So, they fought. Hrafn struck the first blow and it was so heavy and so mighty that when it hit Gunnlaug’s shield the sword broke just beneath the hilt. The point of the sword glanced and caught Gunnlaug on the cheek drawing blood. First Gunnlaug declared that he had won since Hrafn no longer had a weapon to fight with but Hrafn responded that he had won since his sword had drawn blood. Families of both poets rushed between them before they could continue fighting.

But both men were not to be dissuaded and they promised to cross over to Norway to duel once again since it was still legal to fight duels in Norway. And, so it was that both men met in Gleipnisvellir for this epic fight. Hrafn had Grim and Olaf with him and Gunnlaug killed both men. Hrafn killed Thorkel the Black, Gunnlaug’s kinsman and that left the two of them. Gunnlaug hacked off Hrafn’s leg with an extraordinary blow but Hrafn did not collapse but instead rested the stump of his leg on a tree stump. He asked for water and then whilst reaching out with one arm for the drink he hacked at Gunnlaug’s head causing a mortal wound. Then they continued fighting until Gunnlaug got the better of Hrafn. He too only survived long enough to speak the following poem

in the harsh storm of stingers

advanced bravely against me.

and protector of ranks.

That was his end but not that of Helga the Fair who later married Thorkel and fulfilled the dream-prophecy.

In the case of Egil Skallagrimsson, he died of old age and at home. His last poem complained of the infirmity of old age

as I lie alone,

on the king’s guard.

My two legs are two

And here in Birmingham, the winter solstice has gone past and we are approaching the Yule. The nights are still unendurably long and the days far too short! But at least, the longest night of the year has come and gone, the days lengthening once again, replete with hope.

2 thoughts on “Spitting flames from his gums”