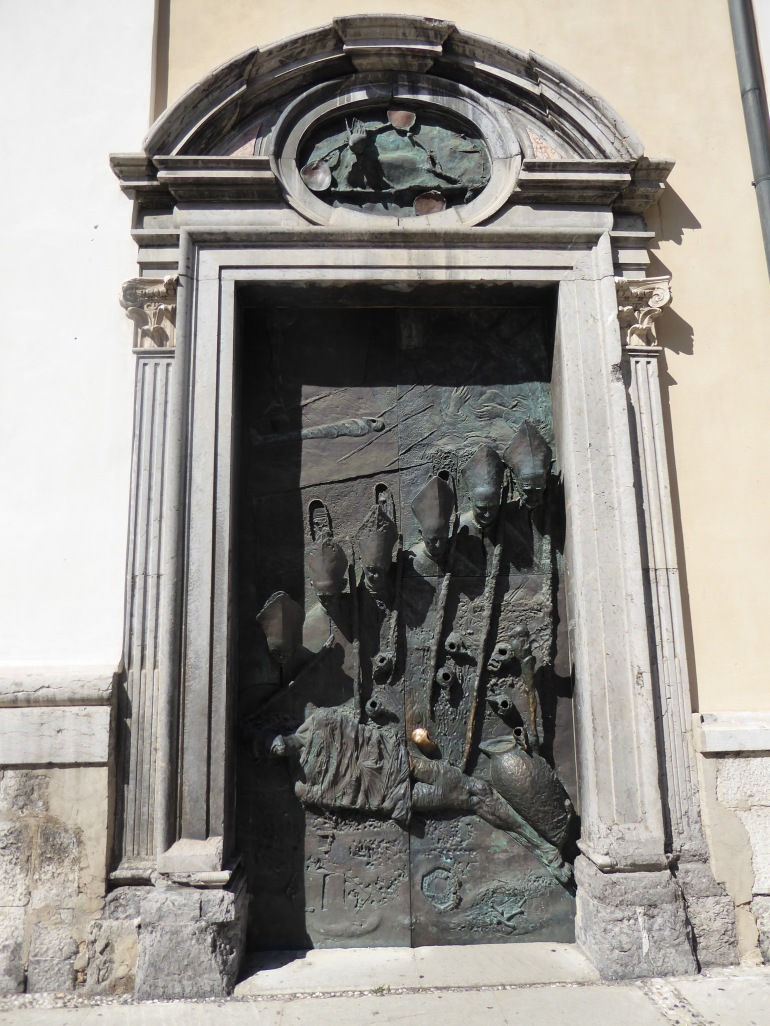 I’ve cycled to Quarteira from Vilamoura, distance of just under 5 miles. It’s a very warm morning. The sun is a strong even searing midday brightness glistening and bouncing off the sea. Even I with my dark eyes, have to squint. This is November but it could easily be midsummer.

The restaurants are deserted. It’s now out of season. There’s a group Spanish youth on holiday I suppose. They’ve taken a long table. I’ve stopped for lunch- chicken baguette and lemonade. I’m in the Algarve, and staying at the Tivoli, a grand 1960s hotel, center stage and facing the sea. Though my own room faces the marina.

Quarteira and the Algarve as a whole, is a winter asylum for elderly English couples. There they are sitting on benches along the walkway by the beach or on a sidewalk cafe or bar. It is all so sad, so tragic, to see these folk against the backdrop of a tacky seaside town, out of season, empty or emptying. I can’t see the attraction.

The taxi driver who picked me up from Faro airport was talkative. He asked- were we more vigilant, more fearful in England in the wake of the Paris bombs? What did I think of the Paris attacks? He then launched into a history lesson of the Moors in Portugal and Spain, 700 years in Spain, 500 in Portugal! The Mussulman was on the way back- not that they hadn’t left good things in Portugal, place names for instance, albufiera, the “al” was Arabic and in Spain the Alhambra that was an achievement wasn’t it? And without the Mussulman where would Socrates and Plato be, all but forgotten.

The Paris attacks have dominated conversation no end. And I haven’t been able to avoid commenting on Boko Haram. There’s that lurking anxiety about a world view that is not merely alien but in many regards defies logic. How does anyone shout “God is great” whilst launching an attack on innocent people?

I am reading Bernard Schlink’s ‘The Past and Guilt’. I am yet to read an exposition of the guilt of Europeans regarding the slave trade or the guilt of West Africans about selling other Africans into slavery. And definitely there is no examination of the contribution of Islamic teaching to the terror that pervades the world today. All one hears is that jihadism is a distortion.

When I was last in Lagos, I walked behind a young woman, a street hawker, who balanced a wooden tray, rakishly on her head. Her back was erect, her arms thrown out like a tightrope walker for balance whilst she swung her bottom, her yanch as the Nigerians would say, in the most sexual, most provocative manner. Here was a picture of freedom, a woman encumbered by any moralizing Mullah’s viewpoint, simply, a woman who inhabited her sex and her identity totally.

Now, compare that against the absence, the emptiness that passes for a person in purdah. How the spirit cowers, how it seeks shelter from the light like a mollusk beneath a rock. How can a spirit come to know itself without the contact with others that determines the boundaries of the self, the materiality of one’s own body, the opposition of other views, the consolidation of one’s own character? Can one really be fully human, not as a recluse but as a prisoner enveloped in darkness? What is surprising is that being in purdah can open up another sense of freedom. One can become freed from the intense scrutiny, that invasive gaze that strips the female form down to its barest sexual essentials. Words and concept allow for alternative viewpoints. Ultimately it is values that determine what passes for acceptable convention.

This short trip to Vilamoura, to another language province and in the wake of what passes for violent misunderstandings across cultures, maybe even across religions causes me to think of words, their direct and immediate meanings, and then of foreign tongues, their opacity, their natural incomprehensibility. And again about neologisms in psychiatry. 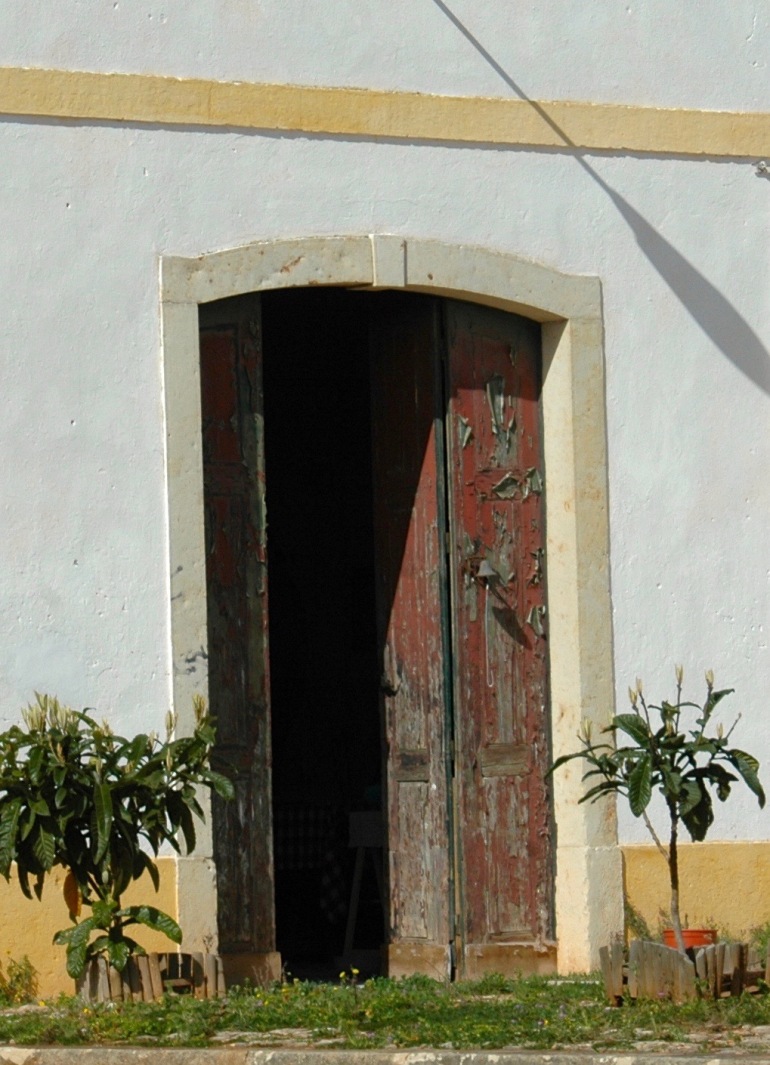 In Nicolai Gogol’s Diary of a Madman, the protagonist Poprishchin’s mind gradually disintegrates as the story progresses. It is perhaps the best account yet of decline into madness. There are many consummate descriptions of abnormal phenomena including primary delusions, olfactory hallucinations, systematization of delusions, etc. But, it is the use of neologisms, newly fashioned words that causes me to pause. Neologisms are a feature of schizophrenia and include the minting of new words but more commonly it involves the apparently surprising use of a well-established word in a novel manner.

The slip from common usage to strange and unusual word meaning was subtle and easy to miss in Diary of a Madman. This is Axenty Ivanov Poprishchin’s diary but the dating systems slips into the absurd: It starts with what seems like a simple error- “April 43rd 2000”, then “86th Martober, between day and night”, and “No date. The day didn’t have one”. Then follows- “I don’t remember the date. There wasn’t any month either. Damned if I know what it was”, “Madrid, 30th Februarius”, “January in the same year falling after February”, “The 25th”, and “Da 34 te Mth eary[…] 349”.

Strictly speaking only “Martober” counts as a neologism. Axenty Ivanov’s other entries reveal what is otherwise concealed about words, that words are like a door letting light into dark passages, revealing corridors, alleyways, objects, flickering images, mirrors, panes of glass, but always moving in the direction of transparency.

Now, when words become opaque, when rather than revealing they not merely conceal but close off inquiry, the purpose of language is defeated. What can “April 43rd 2000” refer to? When did the events of “86th Martober, between day and night” occur?

Diary of a Madman is often described as a comic novel dealing with the most tragic of events, the dissolution of a mind whilst we are observing it. The severity of the rupture in the use of the conventions that bind us all together is signaled by the obvious misuse of language. Yet, neologisms are adaptive language mechanisms that help to further the interests of language. Shakespeare, after all, invented 1,700 words, many still extant today. Such everyday words as “frugal”, “dwindle” and “lapse” were brought into service by Shakespeare. This fact alone ought to remind us that Pathological neologism is founded on a normal mechanism for language development.

As an aside, another abnormality described in schizophrenia, delusional perception, which is defined as a normal percept that has an abnormal/delusional meaning, is also founded on a normative mechanism- the attribution of meaning to an arbitrary symbol as in language. In schizophrenia, a person may see a rose and come to the sudden realization that he has risen from the dead. This spontaneous mechanism, the sudden emergence of new meaning, is identical to how an arbitrary noise, a word comes to stand for an object or idea. The only difference being that in the one the attributed meaning is shared and in the other it is idiosyncratic.

Philip K Dick is another writer who has invented a number of new words- “wub”, “swibble”, “pizzled”, etc. In Philip K Dick, his neologisms tend to refer to objects. In other words, he is inventing nouns. The “wub” is an alien specie that superficially resembles a pig, but we later learn that it is capable of taking over the physical form of who/what eats it. These new words are required for the world that Dick is inventing, a world in which novel objects and systems exist, far different from the world that we inhabit now. These new words in some respects are opaque, to the degree that we have no immediate experience of the objects or systems to which they refer and we have to take them on trust. But, like all words we come to a ready familiarity in the twists and turns of usage and before long they become incorporated in our vocabulary and we understand what they denote even if we are yet to encounter these objects or processes in real life.

The alien tongue that indicate to us that we are on foreign territory are like closed doors. We are shut out of a language community. No light, no sliver of an opening beckons. The words whilst not being neologisms remain opaque and impenetrable.